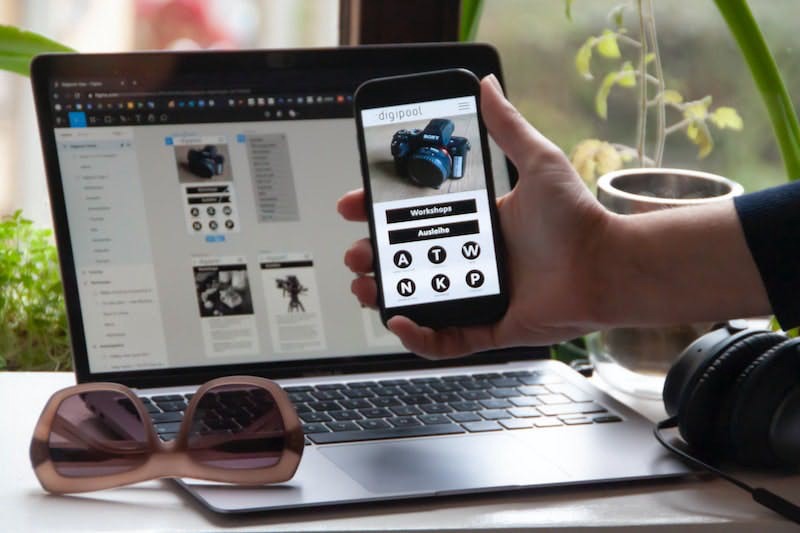 The original concept of the iPhone didn’t include an app store.

Steve Jobs’s idea of apps for the iPhone was to use websites as apps. This didn’t take off. Instead, they built the app store specific for the iPhone. The App Store ended up being a huge revenue stream for Apple.

These website apps for iPhone weren’t ever pursued by Apple.​

The advancement of web-based technology changed the way we interact with webpages. The idea of Progressive Web Apps (PWA) started as an idea to replace App Stores.

Google’s Chrome OS is a good example of an ecosystem based off progressive web apps.

I could see a future where you pay for web storage and all of your apps connect to the storage.​

Requirements for a Progressive Web App

There are 3 requirements for these web apps to function.

The HTTPS means the data from the site to the server is secure. This is present almost every website now.

Service worker allows developers to tell the app which files need to be cached. This is what makes the web apps fast.

The Web App manifest is a JSON file to give a description of the app to the browser. It has the name, author, logo, description, and resources needed for the app. This is what make sure the app is discoverable.​

How the apps work

They install straight from a tab. Chrome, Edge, Firefox, Opera, and iOS Safari allow you to install apps from websites. Once you install a PWA they look like every other app.

(Microsoft and Google have started adding them to their App Stores. But only in the last couple of years.)

When you’re on a website with the 3 requirements above, you’ll get a pop up saying, “Install to Home Screen”.

You click on this pop up and the browser installs the web app to your device. This can happen on mobile or desktops.

Once installed the PWA will look like any other app you use. It will show up full screen without the address bar and header you see in the browser.

This doesn’t happen the first time you visit the site. Instead, it happens after you visited the site a few times. If the prompt to install happened on every site, you visit the 1st time, you find it annoying.​

These web-based apps make the development process easier. PWAs use HTML, CSS, and JavaScript development. This makes it possible for 1 team of developers to build the website and the web app at the same time. There’s no need for a separate team to develop for iOS, Windows, Linux, and Android.

Running on web technologies make Progressive Web Apps better for developers. They’re not tied to the single platform they can afford to develop on. They don’t have to pay an app store a percentage of sales/subscriptions.​

PWAs are similar to normal apps

Progressive Web apps function the same as a normal apps you have on your devices.

PWAs have the ability to work offline and store files. They’re able to send notifications with the exception of Apple products. Apple has chosen to not allow notifications for web apps on their products.

Many apps you use on your phone and computer are web apps with compatibility for the platforms they use.

Mass adoption is the one thing holding back progressive web apps from taking over.

And most people don’t know they exist.