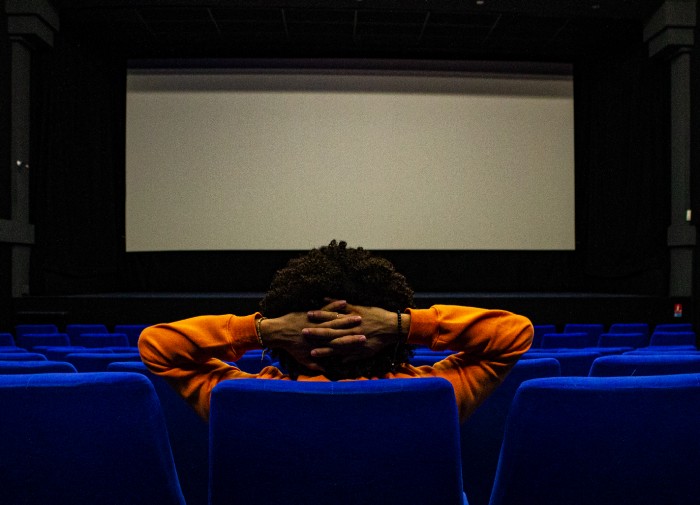 A major benefit of watching a movie at a theater is the sound. You’re able to immerse in the movie because the sounds are accurate. The theater gives you sounds from above, in front and to the sides.

This same surround sound tech is available on headphones.

Spatial audio has been available to the masses for a couple years.

You don’t hear much about spatial audio but it’s the future of music and movies. It took off with VR (virtual reality). More people are using headphones to watch and listen to content.

How you hear sounds

Your brains processes the sounds you hear.

Then your brain processes how loud a sound is and the pitch to let you know where the sound is coming from.

They separate the sound by left and right. Then the sounds are delayed depending on where it’s supposed to be located. Last they raise of lower the volume for the sound depending on the intended location.

The difference between surround sound systems and headphones is how the sound is plays through them.

Why headphone couldn’t have surround sound before

In the past, it wasn’t possible to get surround sound with headphones.

Headphones typically have 1 driver (speaker) per ear. Since both ears are concealed there’s no way for sounds to come from different directions. Because the sound goes straight into your ears.

The brain processes the sound by where it’s located. Right beside your head.

The difference is a theater has the space to make the sound comes from many places.

They setup speakers in the different places the sound needs to come from. This creates a real-life scenario for your ears. It’s easy to setup.

The ability for headphones to do multiple speakers per ear is possible. However, you end up with heavy and expensive headphones. These headphones are called true surround sound headphones.

With the advancement of processing technology, the device manufacturer does the processing on the device. Then send the signal to the headphones. The headphones decode this signal. Then they time delay and change the volume on certain sounds. The allow the headphones to give you the feeling of surround sound.

What do I need

But if your device has Dolby Atmos capabilities then you can use Spatial Audio. Then you need headphones capable of decoding Spatial Audio. And last the file you’re listening to must have encoding for Spatial Audio.

When you have all 3, you’re ready to listen.

Here’s some places to hear content in Spatial Audio:

The future for Spatial Audio

I haven’t heard any specific use cases, but they’re already working on implementing Spatial Audio in cars.

Spatial Audio helps alleviate people talking over one another when on group calls. You’ll be able to hear each person at the same time. Also, the sound of the person’s voice can come from the part of the screen they are on.

One thought on “Spatial Audio is the future of headphones”